Targeted proteomics relies on the selectivity of multiple reaction monitoring (MRM) for recognition of specific analytes and relative or absolute quantification of target proteins. This highly selective and sensitive technology is ideal for verifying biomarkers, discovering low abundance proteins and post-translational modifications, and distinguishing among highly homologous protein isoforms. 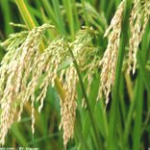 Embryogenesis is the initial step in a plant's life, and the molecular changes that occur during embryonic development are largely unknown. To explore the relevant molecular events, we used the isobaric tags for relative and absolute quantification (iTRAQ) coupled with the shotgun proteomics technique (iTRAQ/Shotgun) to study the proteomic changes of rice embryos during embryogenesis. For the first time, a total of 2165 unique proteins were identified in rice embryos, and the abundances of 867 proteins were actively changed based on the statistical evaluation of the quantitative MS/MS signals. The quantitative data were then confirmed using multiple reactions monitoring (MRM) and were also supported by our previous study based on two-dimensional gel electrophoresis (2 DE). Using the proteome at 6 days after pollination (DAP) as a reference, cluster analysis of these differential proteins throughout rice embryogenesis revealed that 25% were up-regulated and 75% down-regulated. Gene Ontology (GO) analysis implicated that most of the up-regulated proteins were functionally categorized as stress responsive, mainly including heat shock-, lipid transfer-, and reactive oxygen species-related proteins. The stress-responsive proteins were thus postulated to play an important role during seed maturation.

Members of human aldo-keto reductase (AKR) superfamily have been reported to be involved in cancer progression, whereas the final conclusion is not generally accepted. Herein, we propose a quantitative method to measure human AKR proteins in cells using mTRAQ-based multiple reaction monitoring (MRM). AKR peptides with multiple transitions were carefully selected upon tryptic digestion of the recombinant AKR proteins, while AKR proteins were identified by SDS-PAGE fractionation coupled with LC-MS/MS. Utilizing mTRAQ triplex labeling to produce the derivative peptides, calibration curves were generated using the mixed lysate as background, and no significantly different quantification of AKRs was elicited from the two sets of calibration curves under the mixed and single lysate as background. We employed this approach to quantitatively determine 6 AKR proteins, AKR1A1, AKR1B1, AKR1B10, AKR1C1/C2, AKR1C3, and AKR1C4 in 7 different cancer cell lines, and for the first time to obtain the absolute quantities of all the AKR proteins in each cell. The cluster plot revealed that AKR1A and AKR1B were widely distributed in most cancer cells with relatively stable abundances, whereas AKR1Cs were unevenly detected among these cells with diverse dynamic abundances. The AKR quantitative distribution in different cancer cells, therefore, may assist further exploration toward how the AKR proteins are involved in tumorigenesis.